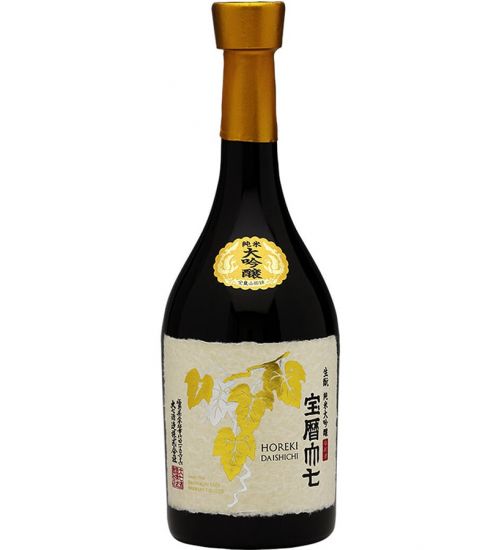 Crowned with the name of the year period of our foundation, this sake is the top-grade among our regular products. As a kimoto sake, it has for the first time in history attained the monumental achievement of twice winning the gold medal in the rare junmai class at the Japan Sake Awards (brewing years 2000 and 2002), as well as winning the gold medal at the Tohoku Sake Awards (brewing year 1997). But winning gold medals is not our ultimate aim. What our brewery expects from this sake is nothing less than to tug at the heartstrings of our customers by going beyond convention and breaking all bounds. Its noble and glamorous taste is different from any other sake. Because of its distinctive character it has been called “King of Sake,” inspiring Kiyoshi Yoshizawa, former professor of the Tokyo University of Agriculture (and former head of the National Research Institute of Brewing), to call it “the greatest sake masterwork.” We are strongly determined not to spare any effort in maintaining this top level.

Best served as an aperitif or as an after-dinner drink, it also goes wonderfully with dishes of understated flavor. Example: Foie gras saute with truffles, Beef simmered in red wine, Bisque from lobster (with thick soup), Abalone steak with liver sauce.