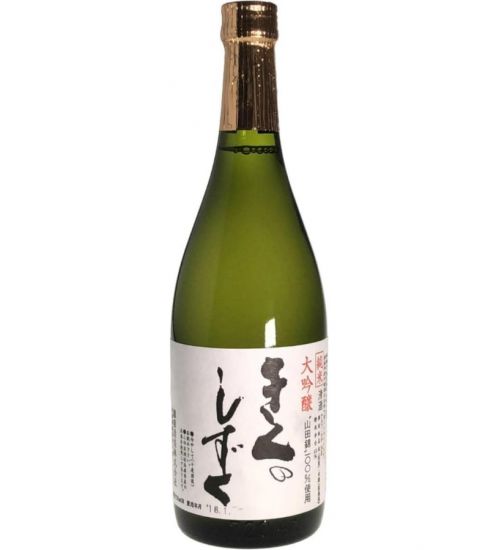 A reasonably priced Sizuku (Drip) sake.  Shizuku sakes are usually expensive and rare because they are not pressed and the mash is hung in bags to slowly drip by gravity.  A quintessential Junmai Daiginjo; distinctly aromatic with fresh fruits such as melon and pears and soft ground water. Smoothly textured, with considerable depth and width on the palate. Medium Dry.

Nadagiku Shuzo started in 1910 in Himeji, Hyogo Prefecture. Over the last few decades, the brewery has switched from mass production to a craft sake brewery that produces only 200 goku (36,000 litres per year).  Only local Hyogo rice is used with the average semaibuai of 59%.  An example is "Hyogo Ymenishiki" which is provided by a particular farmer in Ichikawa-cho in Kanzaki.  The production is helmed by a young female Toji, Misa Kawaishi, who has 10 years experience.  The sake is made by a younger team who are led by Misa and they use traditional handmade technique for sake making.