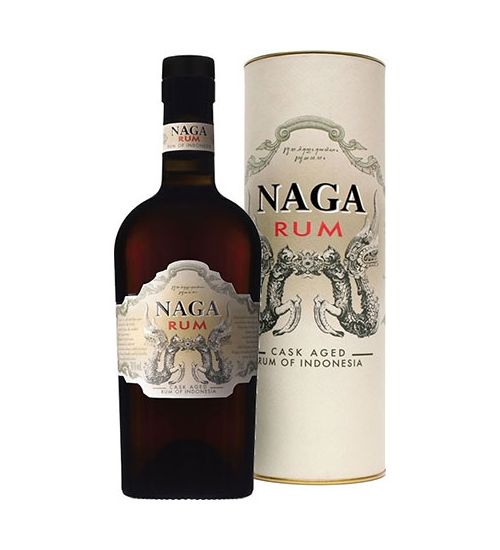 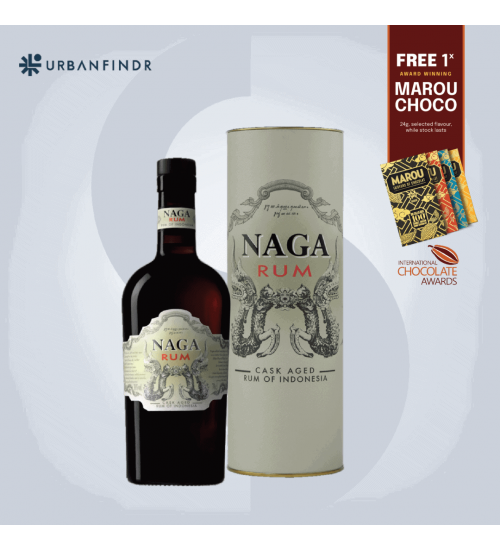 Brands:
Naga Rum
Country:
Indonesia
Tasting Notes :
Not too sweet good balance of flavors with a slight tip of banana flambé A rum close to nature and at the same time gourmand and refined.
Vintage:
NV
VOL (CL):
70

NAGA RUM is produced in the northern part of the island of Java using an ancient Asian distillation process. The rum in Indonesia bears the name of Batavia Arrack: Batavia being the name given by the Dutch in 1619 in Jakarta. And the word Arrak is an Arabic name that means spirits. It is one of the oldest alcohols in the world ... as early as 1634 writings bear witness to the trade of the Indonesian rum by the English and Dutch merchants. In the 1700 Batavia Arak was very popular in Europe and considered to be of much better quality than Caribbean rum. In 1796 Joseph Francois Charpentier de Cossigny, botanist engineer and French explorer, wrote: "Indonesian rum is much better quality than Jamaican rum, a fact that even the English must recognize"

The slow fermentation of the molasse is boosted by the addition of yeast of malted Javanese red rice. The Rum is a blend of distillates: 52% in "Old Indonesian Pot Stills" at 65 degrees and 48% in 92 degree columns. Finally, it is aged in jati casks, a local exotic wood (Indonesian name for teak) and then in bourbon casks. NAGA RUM is a rum whose sweetness and subtley are elegantly balanced by spicy and fruity notes.

Nose: Delicate and spicy, slightly peppery with a delicate rise of cocoa.

Palate: Subtle vanilla, a touch of cinnamon and exotic spices at the end of the mouth. Not too sweet, good balance of flavours with a slight tip of banana flambe. A rum close to nature and at the same time gourmand and refined.