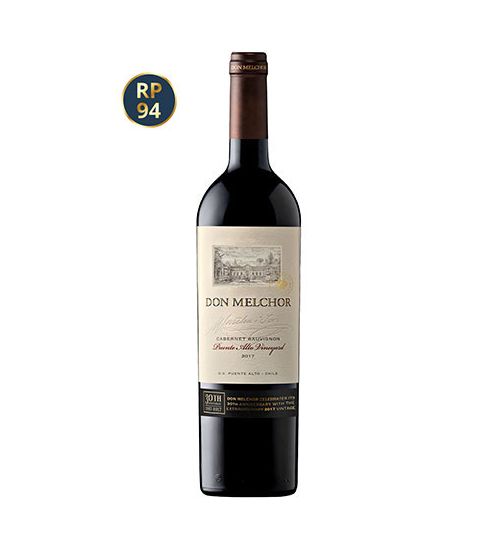 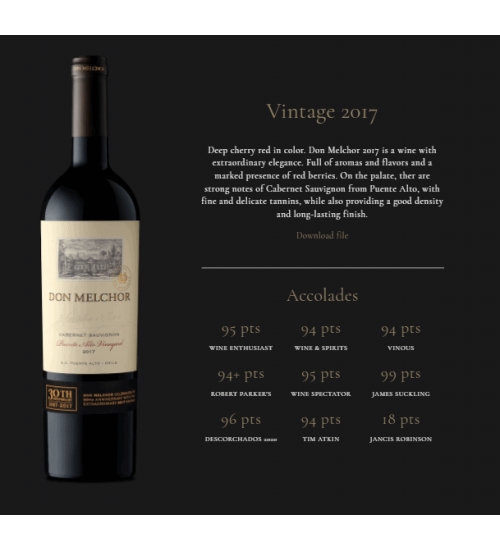 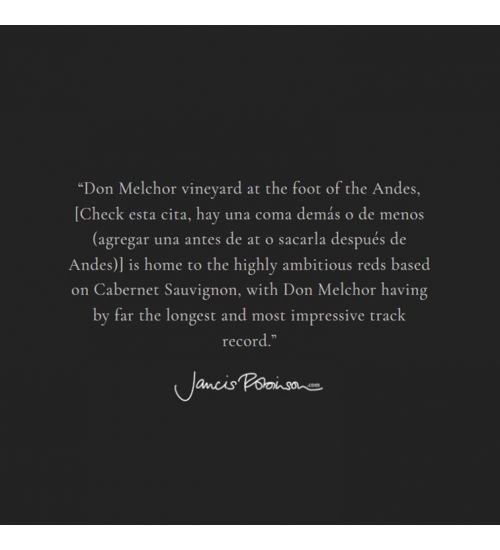 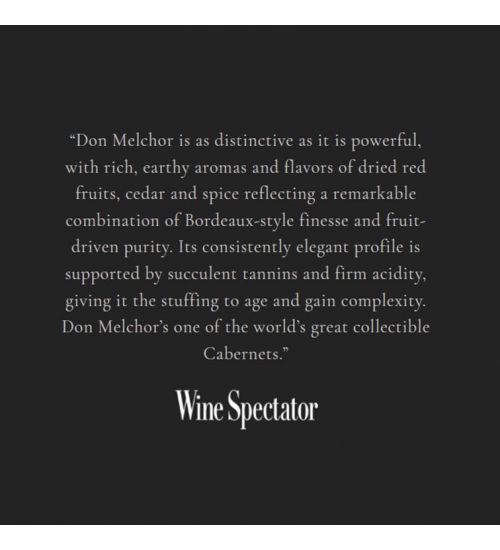 THE STORY OF DON MELCHOR

The beauty of the composition in Don Melchor is the intermingling of the flavors, aromas, and emotions produced by the different parcels of Cabernet Sauvignon.
It is bringing together, in a balanced way, the expression of each of the parcels. It is finding the balance that enables the expression of a place, a soil, the Andes Mountains in a single wine.

Winemaker Enrique Tirado is one of the most influential figures in the national wine industry. For more than 20 years he has been in charge of Don Melchor, Chile’s first icon wine and a true benchmark of the variety at the global level.

Don Melchor has consistently received the highest accolades for each of its vintages, making it Chile’s most highly prized Cabernet Sauvignon and one of the greatest representatives of the variety in the world.

“Don Melchor is as distinctive as it is powerful, with rich, earthy aromas and flavors of dried red fruits, cedar and spice reflecting a remarkable combination of Bordeaux-style finesse and fruit-driven purity. Its consistently elegant profile is supported by succulent tannins and firm acidity, giving it the stuffing to age and gain complexity. Don Melchor’s one of the world’s great collectible Cabernets.”

“This is amazing. The vibrancy and energy in this wine is stunning. The complexity of aromas are breathtaking with flowers, blackcurrants, raspberries and peaches. Full-bodied, yet ever so refined and polished with impeccable texture and beauty. The length is marvelous. This is a testimony to balance, harmony and transparency in a great red.”

“Don Melchor vineyard at the foot of the Andes,[Check esta cita, hay una coma demás o de menos (agregar una antes de at o sacarla después de Andes)] is home to the highly ambitious reds based on Cabernet Sauvignon, with Don Melchor having by far the longest and most impressive track record.”

Deep cherry red in colour. Don Melchor 2017 is a wine with extraordinary elegance. Full of aromas and flavours and a marked presence of red berries. On the palate, there are strong notes of Cabernet Sauvignon from Puente Alto, with fine and delicate tannins, while also providing a good density and long-lasting finish 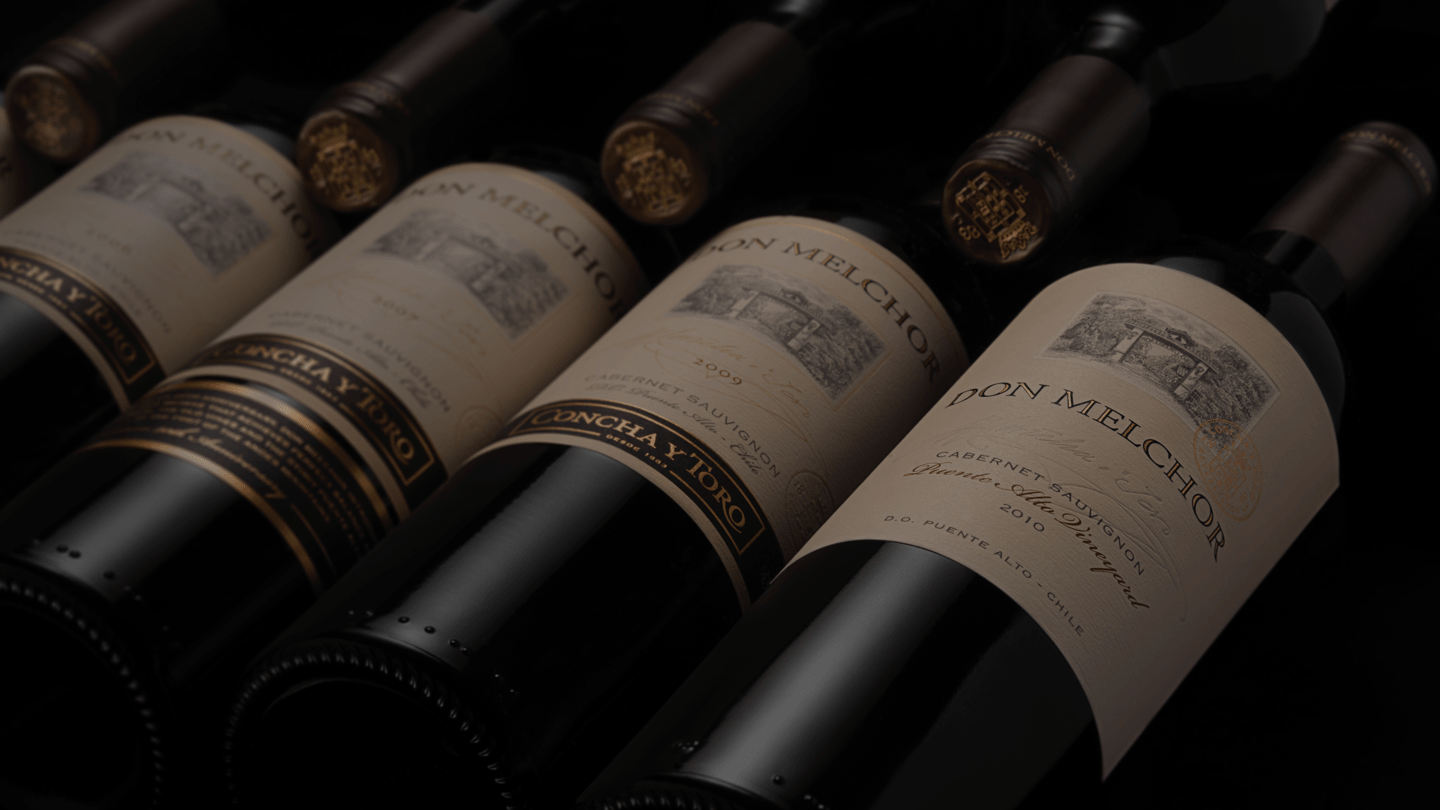