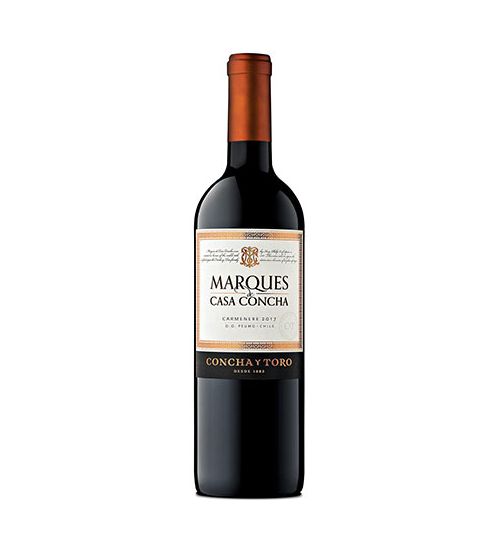 Marcelo Papa, winemaker of Marques de Casa Concha and Technical Director of Viña Concha y Toro, has been widely highlighted as one of the most influential figures in the national wine scene, being chosen as “winemaker of the year” in 2019 by the prestigious English critic, Tim Atkin.

The Peumo Vineyard is located 170 m a.s.l. and extends over terraces and hills of the Coastal Range along the Cachapoal River. The vines come from pre-phylloxera vine stock and are trellised to vertical shoot position. The soils are deep and have a top layer of clay that retains moisture, which helps control plant vigor and growth, and more importantly, allows the vines to remain active until late May, when Carmenere is harvested.

Mediterranean, with an average of 19ºC difference between daytime and nighttime temperatures and a strong influence of the Cachapoal River and Lake Rapel.

A full bodied and well balanced example of Chilean Carmenere. This powerful red was grown in Chile’s Maipo Valley. Deep dark red in color, with the classic profile of Carmenere from Peumo, with intense notes of ripe plums, black currants, and dark chocolate, along with firm tannic structure and pronounced acidity

Lamb, venison, or boar with good marbling and either grilled or slow-cooked with concentrated sauces that have a touch of sweetness; stir-fried beef and vegetables, preparations with bacon and red-wine reductions; all types of pastas and ripe cheeses. 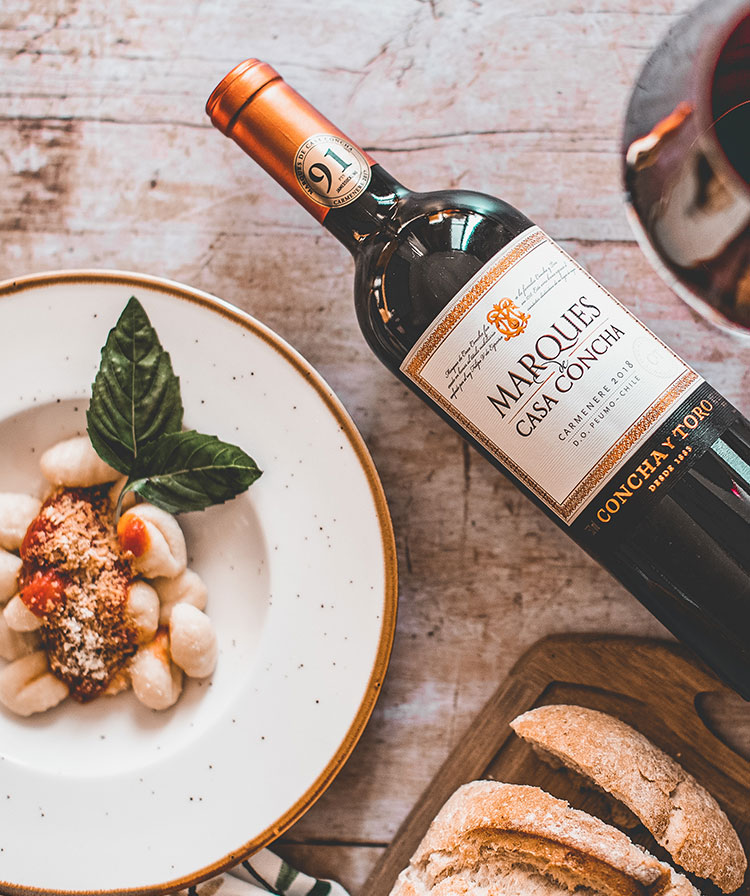